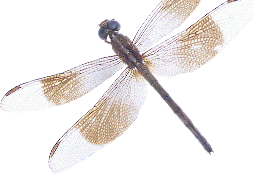 Katie Dewees has been programming computers since she was 10-years-old. She found the internet when she started college in 1995, and fell in love. She's been surfing the web and learning the magic of the internet ever since.

When she isn't designing database-driven websites for her friends, family and clients, Katie enjoys knitting, bicycling, geocaching with her daughter Ariana, and walking around the neighborhood with her dogs Pepper, Gigi and Ginger. When she's stuck inside, she creates vast networks of box tunnels for her ferret, Bernard. Just ask and she'll love to tell you about her latest yarn masterpiece, or her last geocache hunt.

Katie graduated with honors from Crestview High School in Crestview Florida, winning a National Merit Scholarship to study at the University of Alabama. At U of A, she studied in New College, where her depth study (major) ended up as Interdisciplinary Social Sciences with a minor in the Computer-Based Honors Program. Within that program of study were studies in psychology, natural sciences, social sciences, computer science, graphic design, and web development. This wide variety of subjects earned her her degree from the University of Alabama in the Spring of 2007.

David Dewees has his BA in Architecture and Interior Architecture from Auburn University. He is skilled in painting, illustration, graphic design and branding, as well as Architecture. David has traveled all over the world and prides himself on being a bit of a globetrotter. He spent a year working and studying in Istanbul at Istanbul Technical University. You can check out some of his illustration work and paintings at: www.facebook.com/doubleDdesignstudio.

Ariana is a ninth grader at The Capitol School. She has been using the Internet since she was a toddler, and has grown up with two technology geeks for parents, so she knows her way around the Internet and her MacBook.

When Ariana isn't at school, or helping her mom create awesome websites, her favorite past-time is to write novels and short stories. She has won awards for her short stories and poetry at her school and from the Radiant Peace Foundation International. She loves to post her stories on fan fiction websites, and interacts with other young authors there.

Ariana will graduate from The Capitol School's high school in 2017, when she hopes to attend the University of Colorado, UCLA or The University of Alabama. She is interested in studying psychology and becoming a therapist, because she likes to help people.